A hostile working environment can take a toll on your mental and physical well-being. It is common for victims to feel helpless and decide to quit their job if they are “lucky” enough not to get fired. If you constantly feel uncomfortable at your workplace because of inappropriate conduct targeted at you because of your race, gender, religion, disability, age, or nationality, it is time for you to utilize legal systems. You can obtain compensation for lost wages, lost earning opportunities, emotional suffering, and psychological pain, among other damages, by filing a claim.

According to the Equal Employment Opportunity Commission, workplace bullying and harassment turn a workplace into a hostile work environment. The victims often feel unwelcome and constantly fear for their safety and job. Persistence marks the line between one-off incidents of racial slurs, unwanted sexual advances, and other forms of inappropriate behavior and full-blown workplace harassment.

The law protects employees from workplace harassment and a hostile work environment. Therefore, an employer automatically becomes liable for incidents by supervisors that result in a victim’s failure to receive promotions, termination, or loss of wages.

Your employer can, however, dodge liability if:

Moreover, employers are liable for harassment by non-employees or non-supervisory employees if their actions are known or should have been known, yet they failed to take appropriate action. This includes persons like independent contractors or clients within the premises.

Your employer must take three simple steps to protect employees from potential workplace harassment. They include:

There is a blurred line between isolated incidents and conduct that qualifies as harassment. The nature of an action and the context of an incident play a leading role in determining whether a case is pervasive or severe enough to warrant legal action. A reliable attorney can help you establish whether you have a case and the steps you can take to gather the much-needed evidence.

There are state and federal laws designed to protect employees from workplace harassment and hostile work environments. Under federal statutes, all businesses are required to provide equal employment opportunities to all American citizens.

Other anti-workplace harassment laws include:

The Equal Pay Act of 1963 is a law that illegalizes paying different wages to employees to handle the same duties and carry out the same level of work within a central workplace.

Title VII of the Civil Rights Act of 1964

Under Title VII of the Civil Rights Act of 1964, it is unlawful to discriminate against an employee or prospective employee based on their religion, race, color, gender, nationality, or sexual orientation. The same Act protects all citizens from discrimination based on the above facts outside the workplace.

The above are the most common workplace discrimination laws designed to ensure workers enjoy a safe working environment. Generally, these laws task employers to foster positive workplace cultures and create policies that protect all employees from harassment and a hostile work environment.

A hostile work environment is a workplace with a person, people, or a culture of inappropriate behaviors that sufficiently distress, intrude, or humiliate a victim. Often, victims are robbed of their emotional tranquility while at work, an aspect that affects their ability to carry out their duties. Victims also fear for their safety, and repeated incidents can eventually take a toll on their overall well-being.

Before you file a workplace harassment lawsuit, it is essential to know the circumstances that fit the bill of a hostile work environment (HWE). Generally, an HWE must be:

You don’t have grounds for a lawsuit if an incident is trivial, sporadic, occasional, or isolated. A one-off behavior escalates into harassment and a hostile work environment if it:

It is also essential to understand what constitutes a hostile work environment. A common myth that needs debunking is that a generally unpleasant boss or an obnoxious one creates an HWE. Under the law, this type of boss only creates a poor workplace. Moreover, overworking, underpaying, and generally being nasty to employees are merely bad business tactics that are not necessarily illegal.

A workplace turns into a hostile environment when casual jokes and rudeness go beyond the usual inconveniences. Unfortunately, judges follow no precise formula to define when one-off events become harassment. The judge’s decision is often subjective and, most importantly, fact-specific.

A skilled attorney can help you understand whether your case qualifies you for a victim of workplace harassment. The expert can help you master documenting a complaint and preparing for investigations. Because the perpetrators hardly ever admit their wrong-doing, you will need to justify your case based on the sum of hostile circumstances, their frequency, and severity.

Typically, victims could have a winning HWE case if a perpetrators behavior meets the following criteria:

There are instances where a single incident qualifies as harassment. For example, one pervasive act is enough to create a hostile work environment. The severity of the situation outranks longevity, and you can file a case following one or two incidents.

A judge can measure the pervasiveness levels of an incident by asking the following question:

If the answer is yes, you could have the grounds to pursue compensation for damages suffered.

Before a behavior, action, or communication style can warrant a lawsuit, it must be objectively severe. This means it will go beyond mere inconvenience and negatively affect your ability to perform your work duties. Depending on the offensive trait, it could mess with your career progress or push you into underperforming or requesting sick days to avoid your workplace.

Like pervasive, “severe” is challenging to gauge. A judge will be subjective in deciding whether a situation meets the required criteria or not. It remains imperative to understand that isolated incidents, one-off blunt comments, and casual teasing don’t qualify as harassment or components of a hostile work environment.

Under the VII of the Civil Rights Act of 1964, the law protects employees against discrimination based on their gender, sexual orientation, nationality, religion, color, race, and more. It is also illegal to discriminate against an employee based on their age or disability.

It is common for perpetrators to playoff discriminatory comments as a joke and even with a smile on their face. However, a persistent trend of remarks creates a hostile atmosphere where victims feel disrespected or unsafe. When comments go beyond isolated incidents, you are likely to have grounds to take legal action.

It remains imperative to understand the limitations of the VII of the Civil Rights Act of 1964. The law doesn’t extend to certain parties, including small businesses with 14 or fewer workers. It also doesn’t apply to Indian tribes and private member clubs exempted from taxation.

Moreover, inappropriate behavior crosses the line and becomes harassment if it is unwelcome. It will be necessary for a victim to prove that the perpetrator refused to stop even after an explicit warning that their actions were undesirable. For instance, victims have a stronger case when they can prove they reached out to the Human Resource within their company to report an unwanted behavior, but it continued.

One surefire way to ensure a case qualifies as harassment is to provide evidence showing that you are not the sole victim. Under the National Labor Relations Act (NLRA) of 1935, workers have a right to curtail management and private sector labor practices.

Section 7 of the act gives employees the following rights:

Workers have a right to self-organize, join, assist or form labor organizations to create collective bargains through elected representatives. Members of these labor organizations have the power to bargain for protection or mutual aid. They can protest against unsafe or unethical work practices. Note that the law also protects them against retaliation.

Retaliation, just like workplace harassment, is unwelcome conduct. When a perpetrator retaliates against a victim that reports their offensive behavior, this means they expect the victim to endure backlash as a condition of continued employment. Again, the backlash can create a hostile environment, where the victim or witnesses are subjected to an intimidating or abusive workplace.

Harassment is offensive conduct that is severe or pervasive. The behavior includes but is not limited to name-calling, physical assault, mockery, ridicule, put-downs, racial slurs, offensive jokes, and offensive pictures that can interfere with a victim’s work performance.

Contrary to popular belief, you don’t have to be the immediate recipient of offensive conduct to be a victim. You are also a victim of harassment if you are a third party who is offended by the offensive behavior of the perpetrator. If you move forward with a lawsuit, here are some of the damages you could recover:

Sometimes, a perpetrator could demote you or fail to give you a deserved promotion out of discrimination. If you can prove this much is true, you can recover compensation for the losses suffered. You could also recover salary cuts caused by days you took off work to avoid the hostile work environment.

A demotion or missed promotion opportunity can harm your overall career. Again, you can recover damages if you can prove that a lost opportunity will likely hurt your career in the future.

Depending on your line of business, employees who put in more work hours could be entitled to certain benefits. For instance, it could be you qualify for an enticing vacation or health insurance package if you work full time. If a demotion or lost promotion opportunity has denied you these benefits, you can recover them as part of the damages awarded.

Harassment and a hostile work environment can take a toll on your physical and mental health. This is a fact that cannot be emphasized enough. Often, victims suffer negative emotions, including frustration, embarrassment, and anger. They could also suffer reputational harm and psychological torment that ultimately impacts their overall health and well-being.

A skilled lawyer can put your pain and suffering on a weighing scale and translate it into a monetary figure. You deserve compensation for the impact harassment has had on your health, irrespective of whether you required hospitalization or not.

The court often orders an employer to settle the attorney fees if a victim wins the case. If the sum awarded can cover the fee agreement you have with your legal team, you have to spend a dime out of your wallet to fight for justice. If it doesn’t cover the whole sum, you only need to settle the remaining portion.

Find An Employment Attorney Near Me

Harassment is one of the common forms of employment discrimination. If you are a victim of pervasive or severe offensive acts in California, contact Stop Unpaid Wages to discuss your situation with a skilled team of employment attorneys. We offer a free, no-obligation consultation and will study your case thoroughly to determine the best course of action. Please call us today at 424-781-8411 for reliable legal counsel and representation. 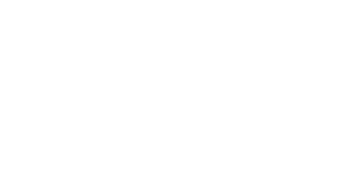